I started photographing from a young age and that is because my dad encouraged me and my brother to do so as he handed us cameras to shoot with. The first half-serious attempt at photography was when I was 15 years old after I got involved, early 1982, with a Heavy Metal fanzine called Headbanger. I shot my first metal show in May 1st 1982 (Scorpions/Iron Maiden/Blackfoot) and shortly before that made repros of the vinyl album covers which were used for the reviews inside issue 2 of Headbanger. From issue #3 I was fully involved and I ran everything from issues # 6-13. At the same time my photographs were published in magazines in the UK, US, Japan, Chile, Italy, Germany, Norway and so forth. A book about this period is in the making and should be released in 2023.

Shooting rock and metal all ended in the summer of 1987 as military service beckoned and there was no time to wander off into a concert venue anymore, instead I sat in a hole somewhere in the ground in the Netherlands looking at the stars. This lasted 14 months and I took a lot of photographs during that period which then resulted in a book that I published back in 2013. 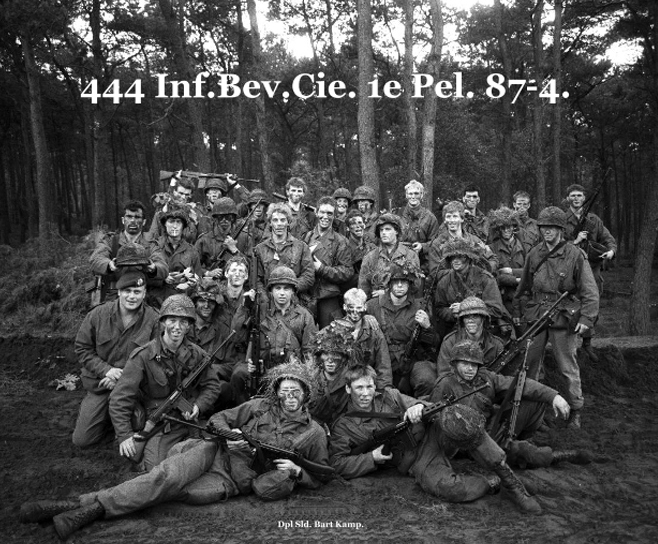 I was at my parent’s home after this episode and wanted to become more active in photography, meaning I wanted to learn everything that could be learned and for that I ended up in Den-Bosch at Studio Im’agine, run by Harry van der Brugghen, an excellent advertising photographer. He taught me all I needed to know and then some. Not one day was the same. The main thing I took home was that I preferred to photograph people and not dead objects. I developed an interest in shooting fashion and a plan to re-locate to Amsterdam to pursue this came not to fruition. Instead I moved to Milan. What was supposed to be a three month period to gain some experience became a 2.5 years stint.

In 1993 I came back to Harry’s studio as he had had a huge fire in it while shooting a big advertising campaign for a bathroom supplier. He needed a hand so I resettled in NL for the year, but later on in  December I had made up my mind and decided to move to London where I arrived mid-January 1994. That I was going to reside here ever since is as much of a surprise to me than to anyone else.

In 2012 times were hard to stay liquid as a photographer and interactive technology became a large part of my life which meant that making photographs became a secondary thing.

FILMING IN THE MOST WILD OF LOCATIONS

MOTHER NATURE WANTS TO BE PHOTOGRAPHED